Maybe you’re new to manifestation, or maybe you’ve been using it for a while now.

Ok, so you know what you need to do to manifest something or someone into your life, but how can you know if someone is manifesting you?

If there’s a certain someone in your life that makes you feel a little…. different… who you can’t seem to stop bumping into or thinking about, chances are they’re manifesting you.

Let’s look at all the different signs that someone is manifesting you:

1) Someone new comes into your life

I’ve found that one of the first signs that you’re being manifested by someone is when someone shows up in your life unexpectedly.

This is especially true if you’re feeling a strong, instant connection to them.

For example, a friend of mine told me she was visiting her parents when she suddenly ran into a childhood friend. She hadn’t seen him in 20 years, but they picked up where they left off as if no time had passed.

The two bonded over their lives, and she felt a strong urge to stay in touch with him. She didn’t know what brought him into her life at that moment, but after thinking about it, she suspected that she had been manifested by him.

He later admitted that he had really wanted to see her again and thought about her all the time.

Even though he knew nothing about manifestation, he had unwittingly manifested her into his life again!

2) You are drawn to them

Here’s another sign that you’re being manifested by someone: you find yourself inexplicably drawn to someone you.

I say inexplicably because this is someone who is normally not your type, someone you would casually walk by on the street without noticing.

All in all, if you feel a strong magnetic pull toward this person and feel like “there’s just something about them” it’s a surefire sign that they manifested you.

3) You miss them when they’re not around

This is another sign that you’re being manifested by someone.

If you regularly miss someone when they’re not around, they could be bringing you into their world.

Does this mean that you have feelings for them?

Not necessarily. It’s possible that they have feelings for you and are trying to manifest you as their romantic partner.

Now, if there’s potential there, the Universe will make sure that you two get together. However, nobody can force you to fall in love with them – not even by manifestation.

So if you’re missing someone but you don’t understand why because you don’t particularly like them, it could just mean they are trying to bring you into their reality.

4) You think about them for no reason 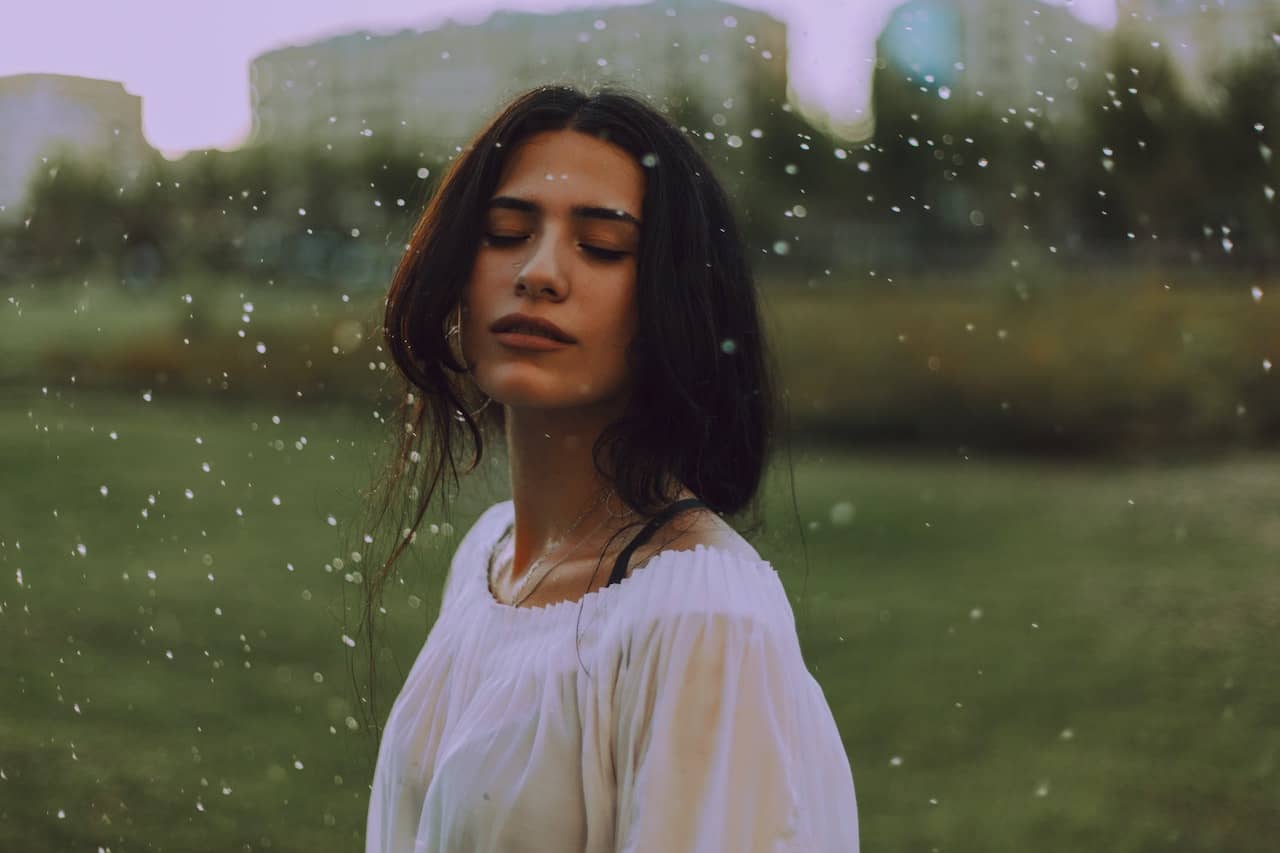 Have you ever found yourself thinking about someone for no reason?

You’ll be going about your business when all of a sudden, an old friend you haven’t seen in years or someone else who doesn’t feature in your daily life pops into your head.

When you find yourself thinking about someone for no reason, especially someone you hardly ever see or talk to, there’s a pretty big chance that they’re manifesting you. You’ve probably been on their mind a lot lately and they miss you.

And while I hope that this article helps you figure out if you’re being manifested by someone, there’s only one way to tell for sure and that’s by talking to a gifted advisor.

If you’ve never spoken to a psychic and don’t know where to find someone you can trust, don’t worry, I’ve got just the place!

Psychic Source has dozens of gifted advisors – from clairvoyants to Tarot readers – that can help you with your love problems, career problems, and even how to figure out whether you’re being manifested.

I’ve been talking to them for the last few years and I’ve found them to be the real deal. And not only that, but all the psychics that I’ve spoken to have been very sweet and understanding.

After speaking to them I always feel like a huge weight has been lifted from my shoulders.

5) You get a sudden urge to see them

Have you ever found yourself writing a report at work or binge-watching your favorite TV show when all of a sudden you get this inexplicable urge to see a certain someone?

There’s really no reason to think about them let alone feel an urge to see them, and yet – the urge is there.

Well, chances are that that person is manifesting you and that’s why you feel like you need to see them as soon as possible.

You’ll probably text them and make plans to see them, and when you do, they’ll tell you that you’ve been on their mind.

6) They call you when you think about them

Have you ever thought about someone only to have them call you the very next second?

Or do you sometimes call someone only to hear that they’ve just been thinking about you?

If this is something that happens a lot with a specific someone, it’s most probably another sign that you’re being manifested by them.

Synchronicities are moments when things seem to come together perfectly – usually in ways that seem almost magical and unlikely.

If someone is manifesting you, it’s possible that the two of you will experience synchronicities together – like running into each other at the perfect moment, buying matching shirts, or finding out about a job opportunity at the same time as each other.

There are multiple reasons why synchronicities can occur.

They can be the result of chance or unconscious processes. They can also be the product of factors such as energy fields or conscious mental processes such as manifestation.

If you regularly notice strange coincidences related to a certain someone, it could be another sign that they’re trying to bring you into their world.

8) You feel a strong connection with them

If you feel a strong connection with someone, that’s another sign that they are manifesting you.

You might feel like they were meant to be in your life, and that it was destiny or fate that brought you together.

It’s also possible that there is some sort of karmic debt between the two of you – which means there are things from your past lives that need to be worked out together.

9) You keep running into them 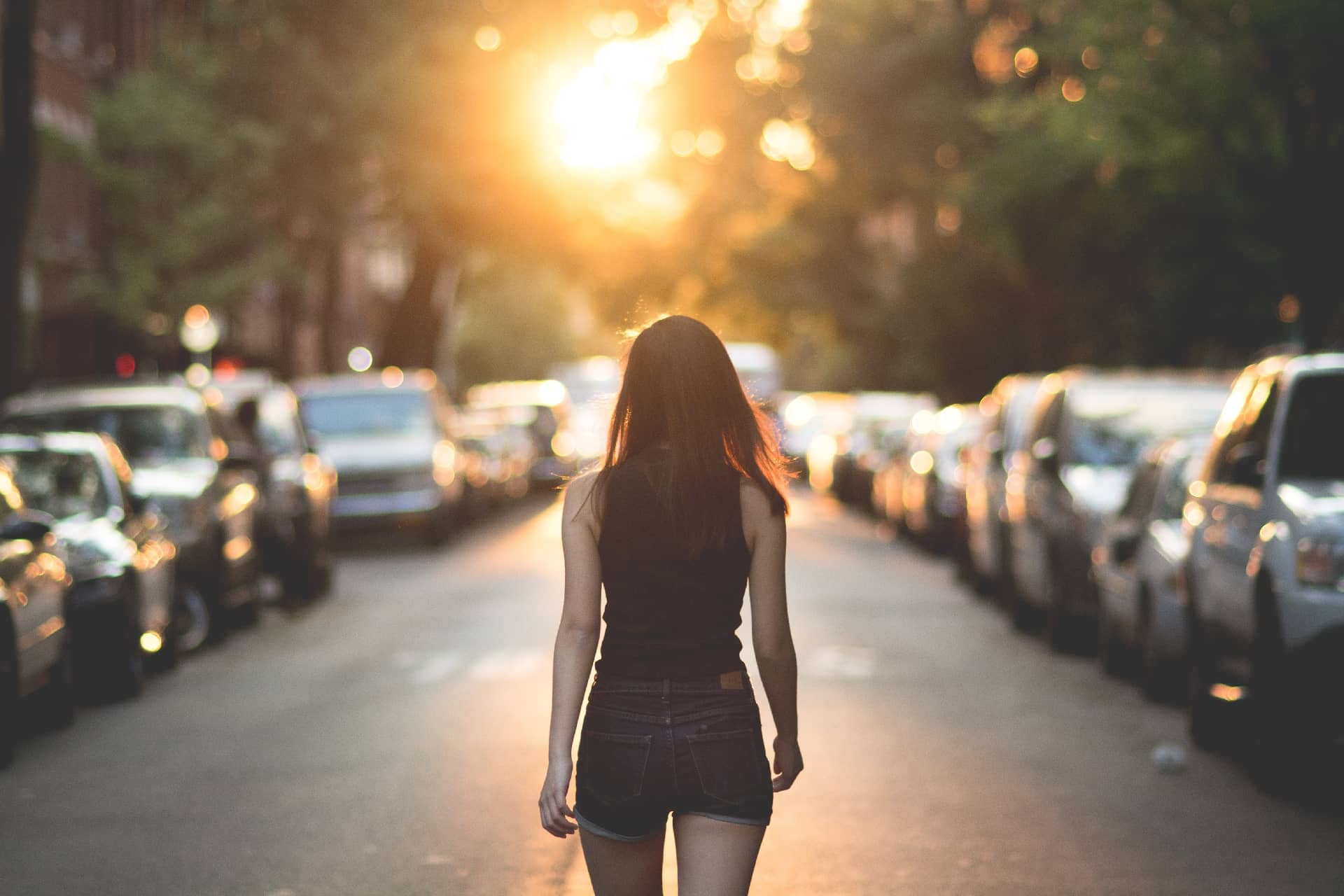 If you live in a small town or city, it’s normal to run into the same people once in a while. But if you keep running into the same person over and over again, it’s likely that they’re manifesting you.

This can happen in a variety of ways. You might run into them at the store, at the gym, or you might even be seated next to each other on the subway.

When this happens, you might briefly wonder if there’s a reason, but then you put it out of your mind – after all, it happens all the time.

Maybe you didn’t intend to meet them, but the fact that you keep running into each other means that they probably manifested it.

10) You get that feeling of déjà vu

Déjà vu is a very powerful and meaningful experience. When it happens, it’s a sign that the universe is trying to get your attention and tell you that something is up.

When you get that feeling of déjà vu, don’t ignore it. Ask yourself why it’s happening. Why do you feel that way around this person?

Have you ever heard of angel numbers?

If you notice that you keep seeing certain numbers – like 111, 1234 or 333 – it’s a sign that the person who is manifesting you is trying to get your attention.

These numbers are called angel numbers and they show up in our lives to get our attention – and they’re sometimes connected to people who are manifesting us.

12) You dream about them

Dreams are amazing gifts. They can be powerful glimpses into the future, a window into our innermost thoughts and feelings, and an opportunity to connect with someone we care about in a profound way.

If you keep having a recurrent dream about someone and you’re wondering why and what the dream means, it could actually be a part of being manifested by them.

Dreaming about someone once or twice is not that significant, but dreaming about them often indicates they have a stronger hold on your subconscious than you realize.

If you’re curious to find out more about dreams and the meanings they hold, I’d suggest getting in touch with a psychic who specializes in dreams.

I mentioned Psychic Source earlier. They’ll tell you all about the person who is manifesting you as well as interpret any other dreams you’re curious about.

The best part is that talking to the folks at Psychic Source is so easy – all you have to do is go onto their website and within minutes you could be having a life-changing conversation with one of their lovely gifted advisors.

So what are you waiting for? Uncover the meaning of your dreams now.

13) You have visions of them 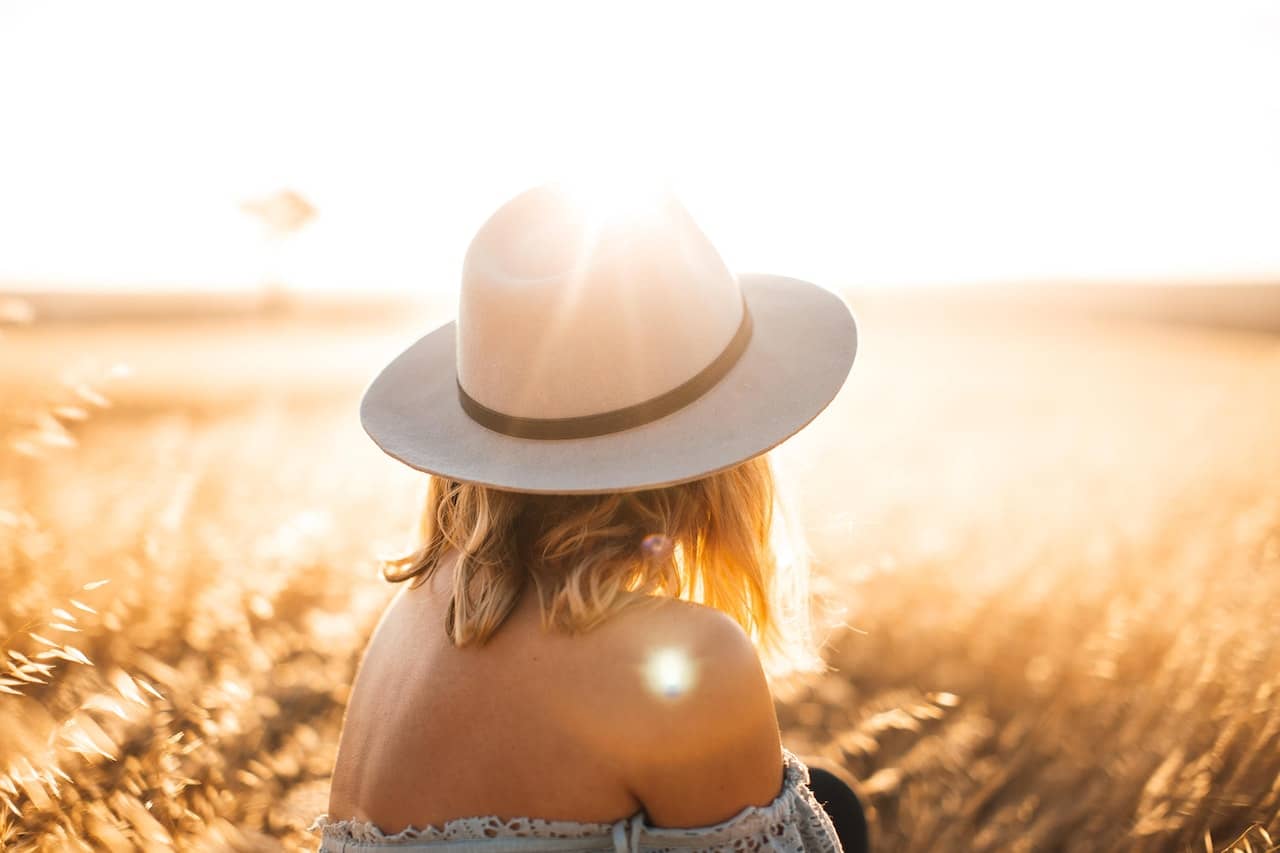 If you have visions of someone you’ve never met, that’s another sign that they are manifesting you.

Visions are very powerful and meaningful. They can show you where you came from, or who you were in a past life.

Visions are also a way that the universe can communicate with you.

If you’re having visions of someone, it’s a sign that they are trying to get your attention.

If you keep seeing signs in your life that point to one specific person, it’s another sign that they are manifesting you.

What kind of signs?

Well, for example, if you keep seeing the same phone number on billboards or magazines – or if you see their name everywhere – it’s a sign that they are trying to get your attention.

Signs can be very subtle and hard to spot – but if you pay close attention, there are often signs in our lives that tell us who we’re supposed to be with.

Are things in your life not going so well?

Maybe things are stagnant and stuck in the same old patterns.

It might be time for a change. And when change happens, sometimes love will find its way into your life.

If this sounds like something that’s happening in your life right now, then pay attention to the signs of being manifested because it could mean that this person has been sent into your life to help shake things up and bring some positive changes into your life.

If someone has come into your life and you feel that maybe it’s no coincidence, there’s one way to find out for sure.

Psychic Source has many gifted Tarot readers who can reveal exactly who this person is and why they have come into your life.

So if you have a hunch that they’ve manifested you, confirm your suspicions by speaking to an advisor and see what the Universe has in store for the two of you. 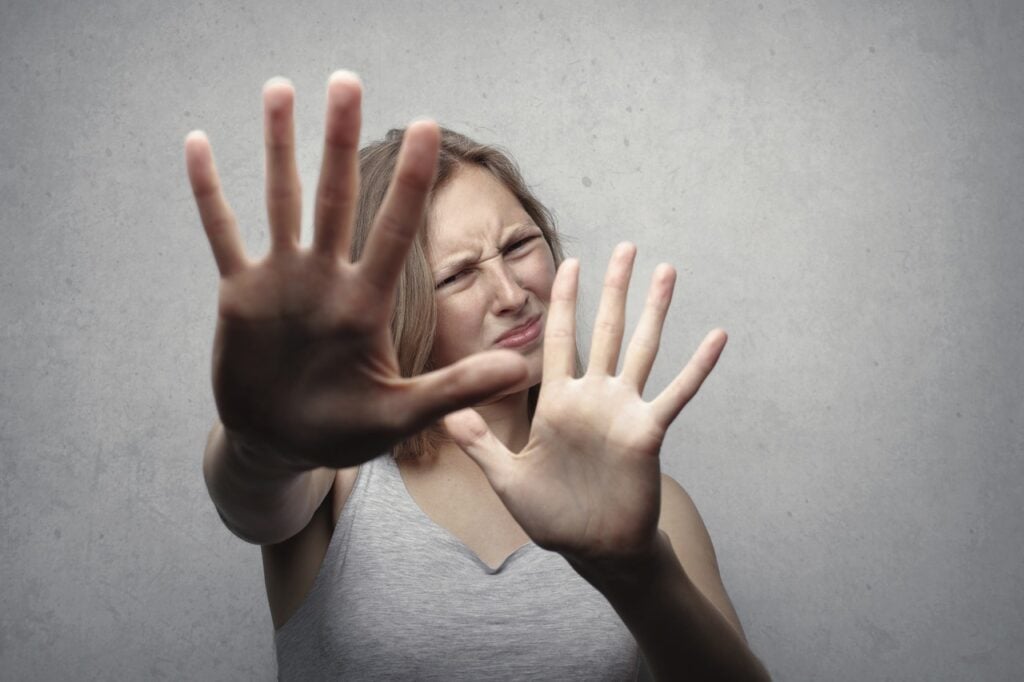 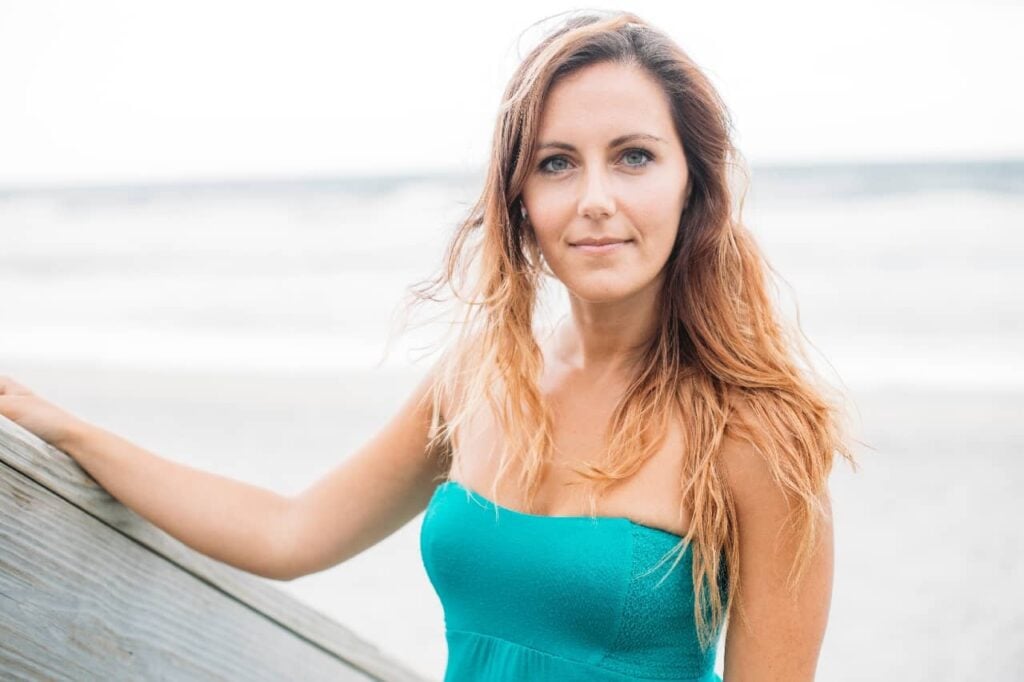